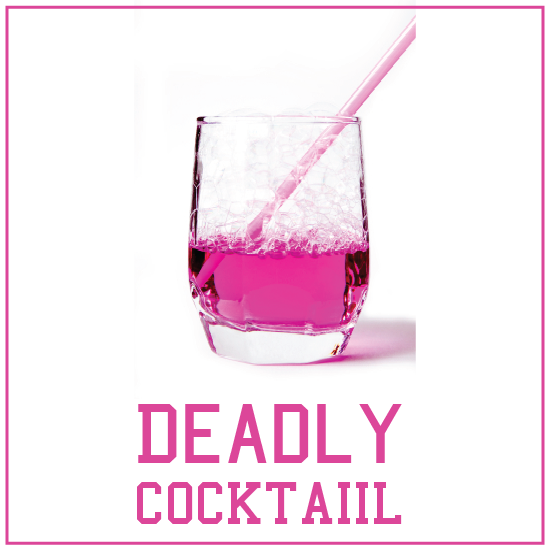 Vienna von Reiss is the daughter of hotel magnate, business tycoon and ruthless billionaire, Charles von Reiss. Tonight sees the opening of a brand new, luxury Von Reiss hotel and Vienna is holding her hen night in the roof-top cocktail bar, with floor-to-ceiling windows and spectacular views across the city. The opening of the hotel ties in nicely with Vienna's hen party. Much to everyone's surprise, Vienna is marrying her Personal Trainer, Barry Green - some say it's a publicity stunt to promote her new reality TV series, others say Barry is nothing more than a gold-digger. No one really believes it has anything to do with true love. To celebrate Vienna's forthcoming nuptials, a new cocktail has been designed by the hotel's Chief Mixologist, and first to try it is Charles von Reiss, a man whose passionate hatred of his future son-in-law is the world's worst kept secret! So, when Charles is found floating in his hot-tub, poisoned by the celebratory cocktail, the question is - who added the fatal ingredient?